The owner of the Mirror Shop on Woolwich Road has been prosecuted for obstructing the highway with his merchandise.

Mr Clive Berry put items like full length mirrors, large animal sculptures and superhero figurines on display outside his shop, which is on a very busy main road.

These bulky items were often tied or chained to the roadside railings and were done without consent.

Blocking the free passage of a highway affects pedestrians, especially parents with pushchairs, visually impaired people or people with accessibility issues. Obstructing a highway without lawful consent is also an offence.

Despite several visits and warnings from our enforcement team, Mr Berry refused to comply with requests to move his goods from where they were blocking the highway and causing an obstruction. 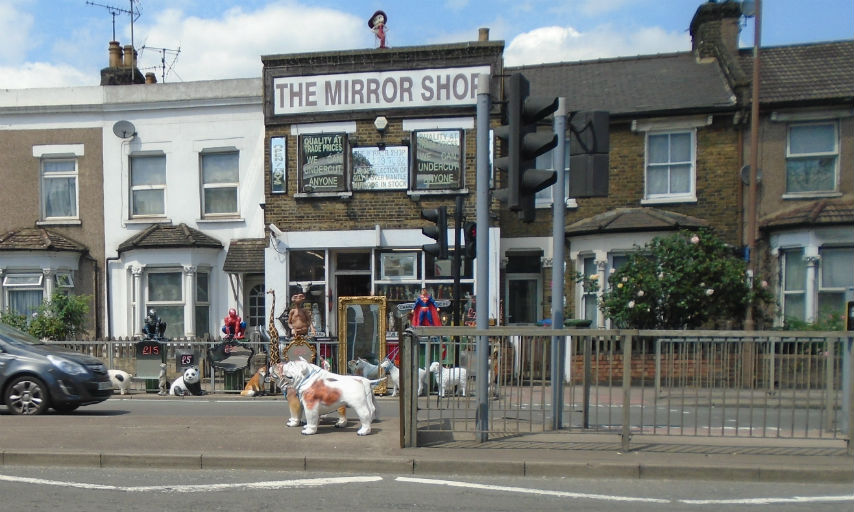 Cllr Jackie Smith, Cabinet Member for Children’s Services and Community Safety said: “The Council has a legal duty to maintain the safety and usability of highways in the borough. By obstructing the pavement and chaining his merchandise to the railings, Mr Clive Berry was endangering pedestrians and moving traffic.

“Though we tried to engage with Mr Berry to get him to stop blocking the highway with his goods, he refused. I hope this prosecution serves as a reminder that no one is above the law in Royal Greenwich and the Council will not hesitate to prosecute those who break the rules.”

Mr Berry was convicted for obstruction of a highway, unauthorised marks on a highway and for failing to comply with a community protection notice. He was ordered to pay a total of £872 in fines and legal costs.