The borough's coat of arms

Greenwich's royal coat of arms was designed to celebrate the borough becoming the Royal Borough of Greenwich on 3 February 2012. Below is a guide to the different features: 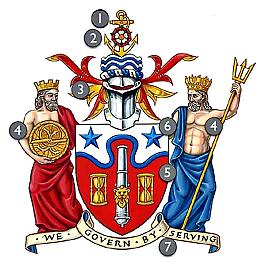