We have reached our target of planting 2,022 trees more than a year ahead of schedule - and just in time for National Tree Week!

The Leader of the Council Cllr Danny Thorpe, Deputy Leader and Cabinet Member for Economy and Skills Denise Scott-McDonald and Cabinet Member for Culture, Communities and Equalities Cllr Adel Khaireh, were helped by pupils from Halstow Primary School, to plant a deciduous conifer tree in the beautiful East Greenwich Pleasaunce. The 2,022nd tree is a special one; the dawn redwood tree is an endangered species that can reach at least 50 metres in height!

We place great importance on the borough’s trees; they play a vital role in helping keep the air clean and they add beauty to the borough’s green spaces and streets. Some have been in the borough for centuries! The oak tree opposite Shrewsbury Tumulus that is about 500 years old, and another oak in Beaconsfield Close, is thought to be around 400 years old.

“The planting of trees across the borough is a key objective of the Council’s Carbon Neutral Plan. In 2016, we set a target of reaching net zero carbon emissions by 2030, 20 years ahead of the national target. Protecting and enhancing our green spaces will make us more resilient to climate change, as trees store carbon, and help contribute to carbon neutral living.”

“Meeting our target of planting 2,022 trees so far in advance is a clear symbol of the Council’s commitment to fighting the climate emergency. The act of planting a tree represents hope for the future and after this difficult year it’s important that we look ahead with positivity.” 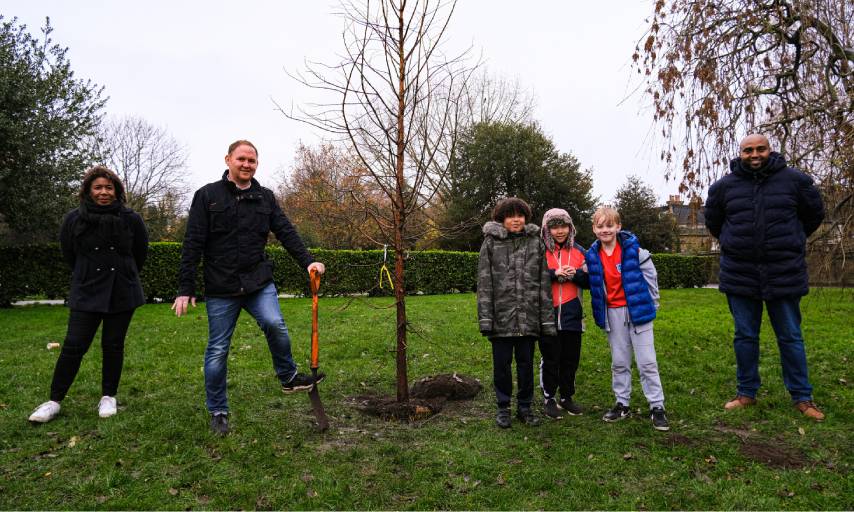 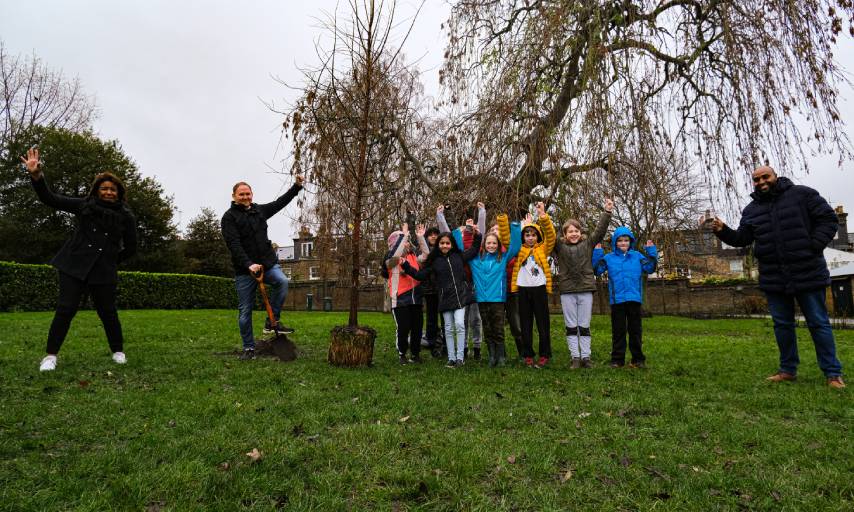 Cllr Denise Scott-McDonald, Leader of the Council Danny Thorpe and Cllr Adel Khaireh with pupils from Halstow Primary School - all looking very excited just before the tree is planted!