We’ve officially launched our new Safer Spaces service which aims to tackle enviro-crime and anti-social behaviour in the borough, and they’ve already issued 150 fines within two days of launching.

In addition to this, Local Authority (LA) Support joins the team under a 12-month pilot, starting in Woolwich town centre, with the potential to expand borough-wide.

The frontline team of community safety enforcement officers are clamping down on people who litter, urinate and defecate in public spaces, drink alcohol in restricted areas and commit other types of enviro-crime and anti-social behaviour.

LA Support officers started on 4 March 2020 and within two days they issued 150 fines. Anyone who is caught committing an offence could be issued a fixed penalty notice, which carries a fine of up to £80.

The use of third party enforcement is cost-neutral and any additional money generated by the service will be invested into the local community.

Cllr Smith said: “Most residents in Royal Greenwich abide by the rules, but unfortunately there is a small minority who have no consideration for the borough and their fellow residents. This new team will allow us to tackle those who commit enviro-crimes or act anti-socially and will help increase our civic pride.”

The use of third party enforcement is cost-neutral and any additional money generated by the service will be invested into the local community. The five additional LA Support officers will allow the Council’s officers to focus on more long-term problem solving and the delivery of trauma-informed interventions for offenders and victims alike. The team will work across the borough and focus on more complex community safety issues and will adopt a wider range of enforcement and crime prevention tactics. 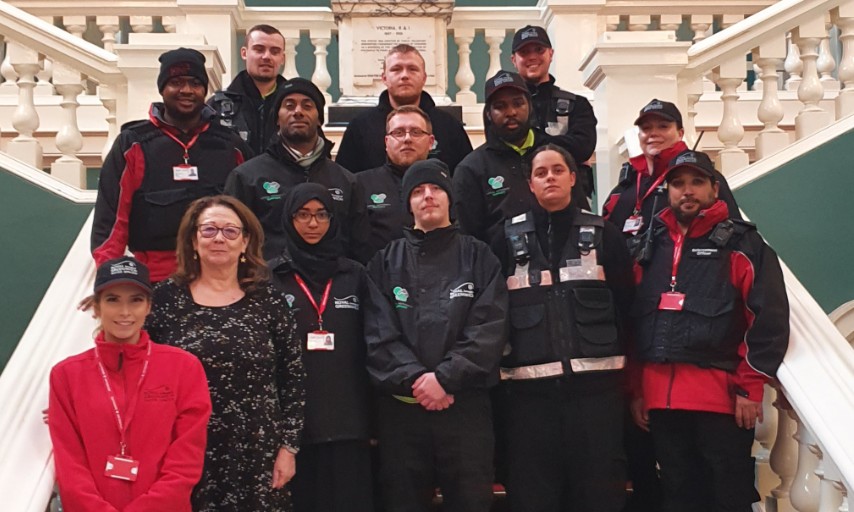