We launched the No Home for Harm pledge today with social landlords across the borough.

The pledge outlines a set of common principles, demonstrating a joint commitment by social landlords, including the Council, to work more collaboratively in tackling issues like anti-social behaviour (ASB), hate crime, serious violence and other forms of criminality or unacceptable behaviour that is likely to breach a tenancy.

At the launch of the pledge, Leader of the Council Cllr Danny Thorpe addressed the room of social landlords, he said: “Social housing in Royal Greenwich provides stability and security for many people in our borough, and it is a fundamental part of their lives.

“I’m sure you will all agree that our role and responsibilities as social landlords go beyond, and is far more complex, than just providing affordable housing. Ensuring that residents also have safe and decent homes, in an equally safe and decent area, where they can thrive and prosper in their communities, is of the upmost importance.

“And this is the essence of this pledge, improving the way we all work together to address issues that affect residents, so we remain united in our common goal of making the borough a better place to live.” 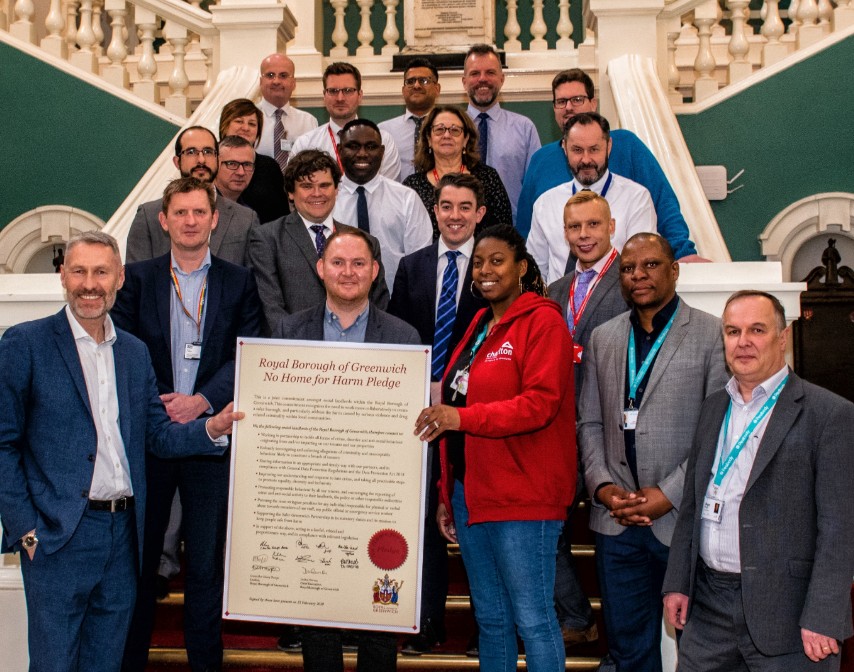 The pledge will enhance joint working already taking place. There has been several police operations into the supply of drugs from local addresses and as a result, enforcement against breaches of tenancy for the households involved has taken place, along with partnership working to tackle crime in the areas affected.

As well as addressing issues affecting social housing residents, the Council and its partners, will also continue to tackle ASB and crime arising from private property households, be it rented, or owner occupied. Over the next year, the Council will expand No Home for Harm as a much wider campaign to address such issues.