​​​​​​​On Sunday 3 March Greenwich Islamic Centre, on Plumstead Road, opened its doors to local people from all faiths and backgrounds as part of Visit My Mosque Day 2019.

Cllr Christine May, Mayor of the Royal Borough of Greenwich, Clive Efford MP and Matthew Pennycook MP were just a few members of the community who attended. 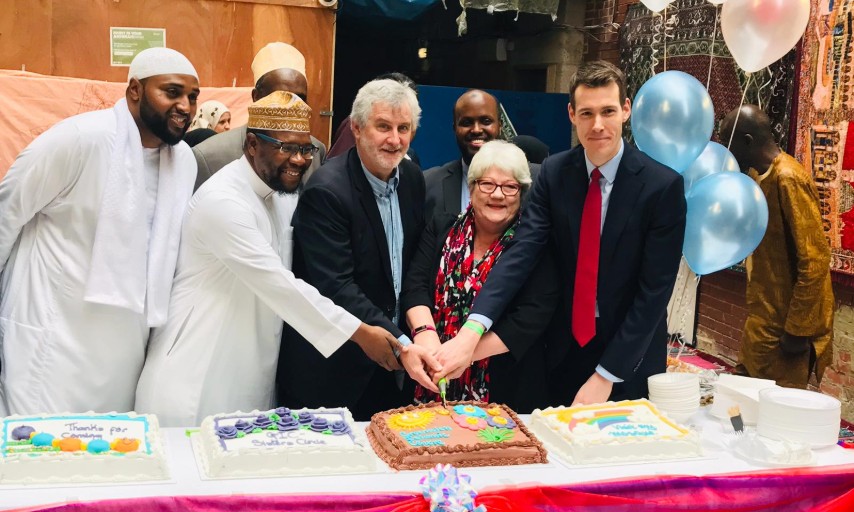 Describing what the day was like Cllr Christine May, Mayor of the Royal Borough of Greenwich, said:

"I have really enjoyed my visit here today to the Greenwich Islamic Centre as part of Visit My Mosque Day. I have been so warmly received by the Imam and looked after by the brothers and sisters. Open days like these are a great idea to break down barriers and stereotypical attitudes by meeting the Imams and worshippers, and learning more about Islam."

"We had the honour of holding Visit My Mosque event on 3 March 2019. This event was very important for residents of the Royal Borough of Greenwich as it gave opportunity for neighbours, colleagues and stakeholders to visit their local mosque, Greenwich Islamic Centre, meet their Muslim friends and neighbours, understand how and why Muslim do visit the mosque regularly.

"The visitors as well were able to have an insight into the life of Muslims and activities within the Muslim community. This year for the first time we had a lot of stalls including Islam for disabled, Islam for deaf, youth activities, food bank, scouts, try my hijab and a lot of delicious foods.

"The event was a success due to support from our partners and stakeholders including the Mayor of the Royal Borough of Greenwich, Councillors, Members of Parliament, London Fire Brigade, SACRE, Faith leaders and many more neighbours and friends. The mosque became vibrant with people from all faiths and none."

Greenwich Islamic Centre was of more than one of 250 mosques that held open days to welcome in their neighbours from all faiths as part of Visit My Mosque Day a national annual campaign facilitated by the Muslim Council of Britain (MCB).